The Restaurant on the top

Lycabettus hill is the highest point in the center of Athens. Thousands of Athenians and tourists climb up to the top every year in order to enjoy the view from a height of 277 meters, dine in the cafe / restaurant that operates at the spot or visit the church of Agios Georgios (St. George.) 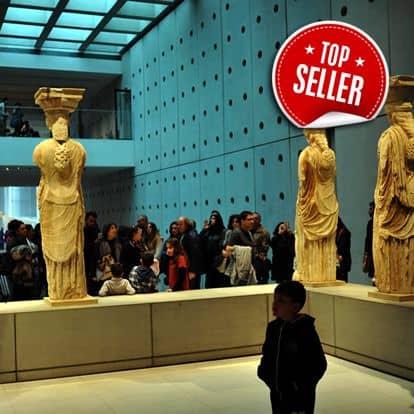 Get to know the ancient city of Athens on this full-day tour with visits both historic and modern sites.. 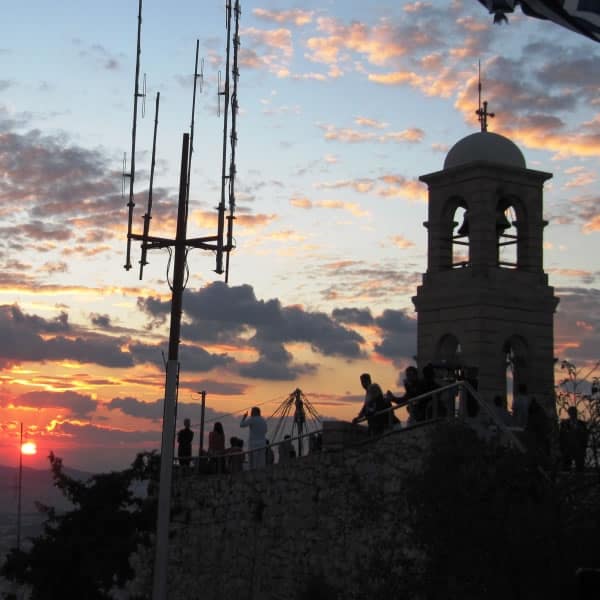 Firstly, we will head to Lycabettus hill, where you will have the opportunity to admire Athens from above.. 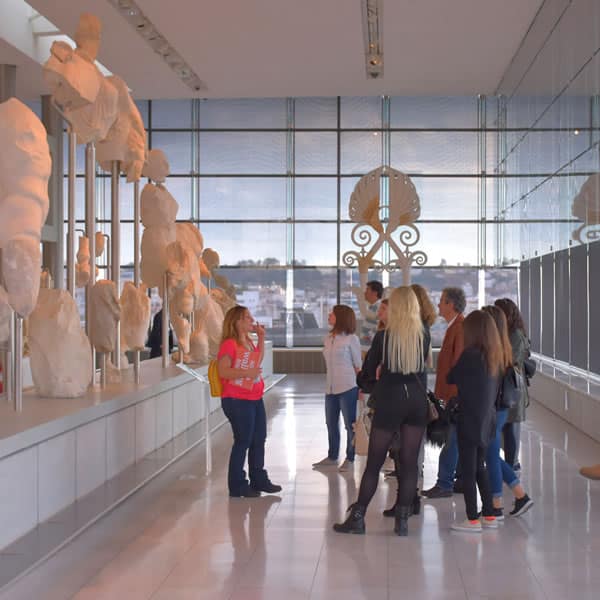 Our tour will start from your hotel. Our guide will be waiting for you at the entrance of the hotel at the predetermined time..

Lycabettus hill, around which the homonymous district has developed, is considered one of the most romantic places in Athens and has arguably – the best view of the city. It is ideal for a magical stroll. Its height is 277 meters and is the highest hill of the capital. The most beautiful view that any visitor can enjoy, is on the side of Acropolis and Piraeus. From the top, when the weather conditions permit it, one can see as far afield as Aegina. Athens, during the day, unfolds before your eyes illuminated by the sun, while at night, with the moon shining in the Attic sky, the most beautiful feelings awake.

The myth about the hill is that it was created by the Greek goddess of wisdom Athena. The legend is that she was carrying limestone to use for the construction of the Acropolis, but dropped it when she was startled by bad news she was given by a raven.

As for the hill’s name, Lycabettus, the story goes that it is recognition of the wolves that used to live there, because the word for “wolf” in Greek translates to “lycos.”

Mount Lycabettus, also known as Lycabettus Hill, has plenty of rewards to offer to anyone who makes it to the top. There you’ll find the 19th century Saint George chapel, a well-kept white-washed church with preserved interiors showing off intricate and valuable religious art.

As you stroll around the peak of the hill, you’ll also be able to see the 3,000 seat Lycabettus Theater. Construction on this semi-circle auditorium began in 1964 and these days it’s used as an incredibly popular venue for concerts and other shows — though only in the summer months. This venue has played host to many national and international musical stars over the years, with such diverse performers as Ray Charles, the Pet Shop Boys, Radiohead, and UB40. If you’re visiting in the summer you met get lucky and see and hear some free music from the hill’s peak.

But Mount Lycabettus is worth visiting no matter the time of year of your vacation. Enjoy the rarity of such a prominent, unique hill in the center of such a busy city as Athens. It’s the ideal spot for getting that Instagram-worthy picture, because every angle from the top is an amazing panorama.

And if all that sightseeing makes you hungry or thirsty then you can rest a while at one of several options for food and drink, from fine dining to a quick snack. The restaurant Orizontes offers awe-inspiring views and superior service, though it’s the most expensive option. For more middle-of-the-range prices and food try visiting the informal Sky Bar located nearby. Here you can also enjoy some cocktails, though expect prices marked up from regular bars. Or simply grab some fast food from the booth outside the theater, when it’s open for service.

Things to do Around Lycabettus Hill 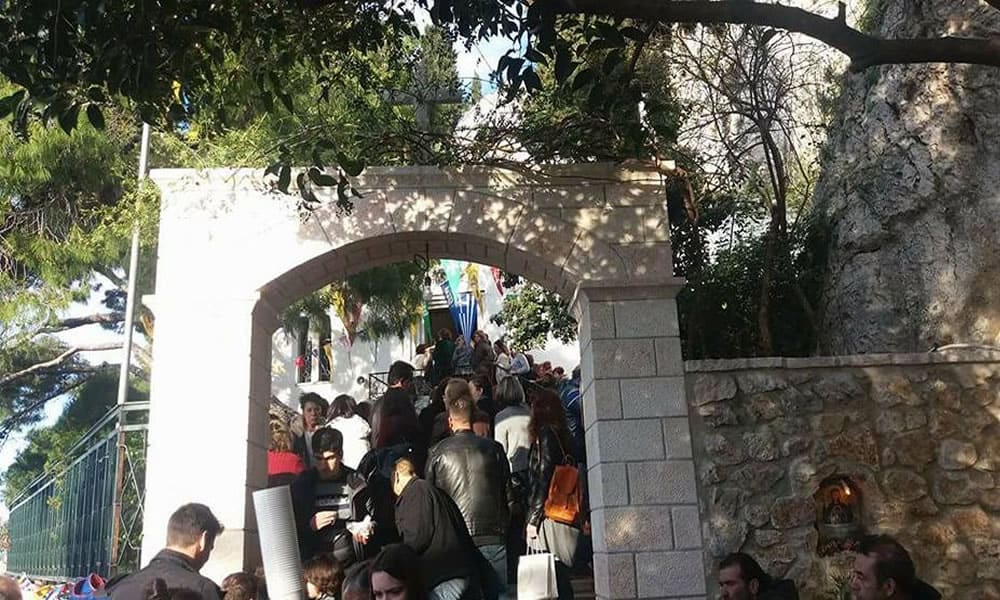 The chapel of Agios Isidoros (sometimes also referred to as ‘chapel of Agioi Isidoroi’) was built somewhere between the 15th and 16th century.. 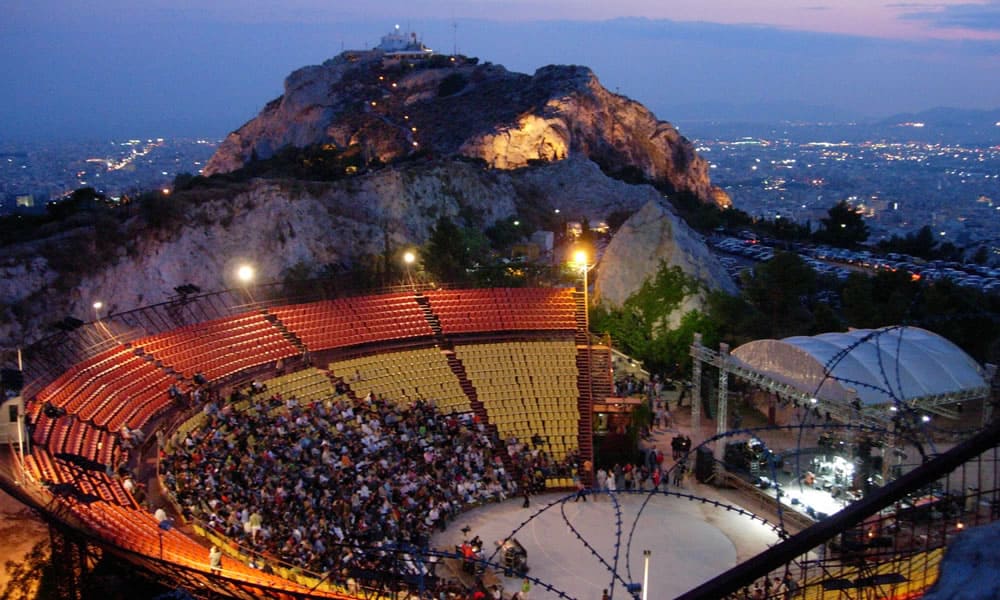 The theater of Lycabettus started getting built in 1964 at the site of an old quarry. It was designed by the architect Takis Zenetos …. 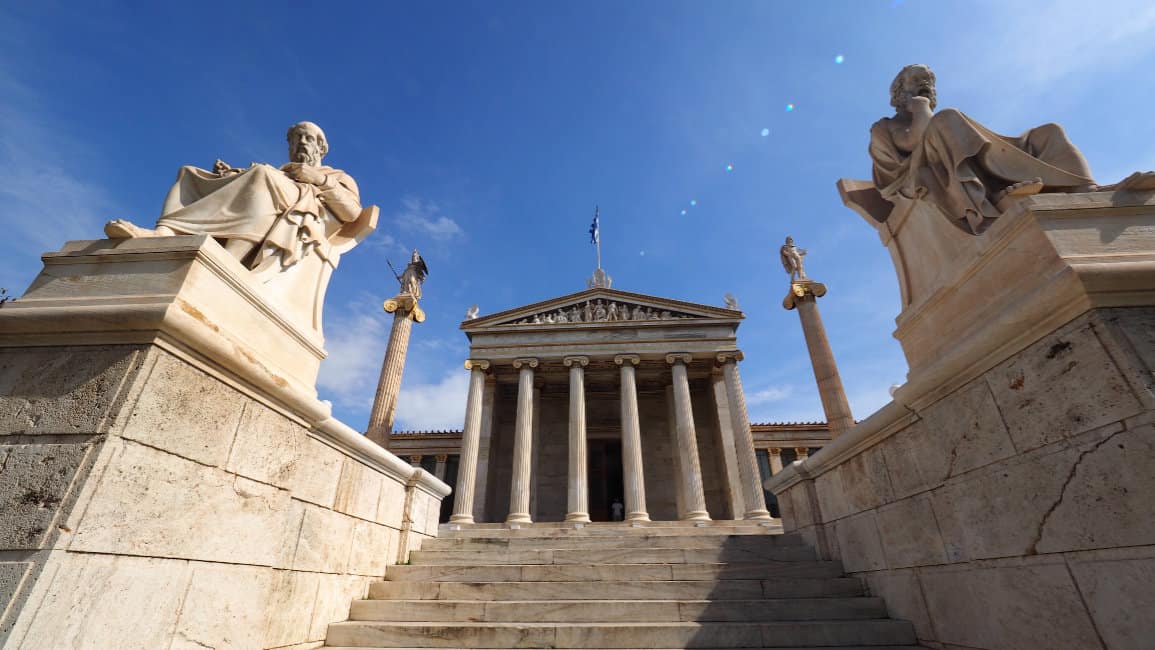 Athens Greece is a country with many historical influence’s and remains to be a sort after tourist destination, however there lies something .. 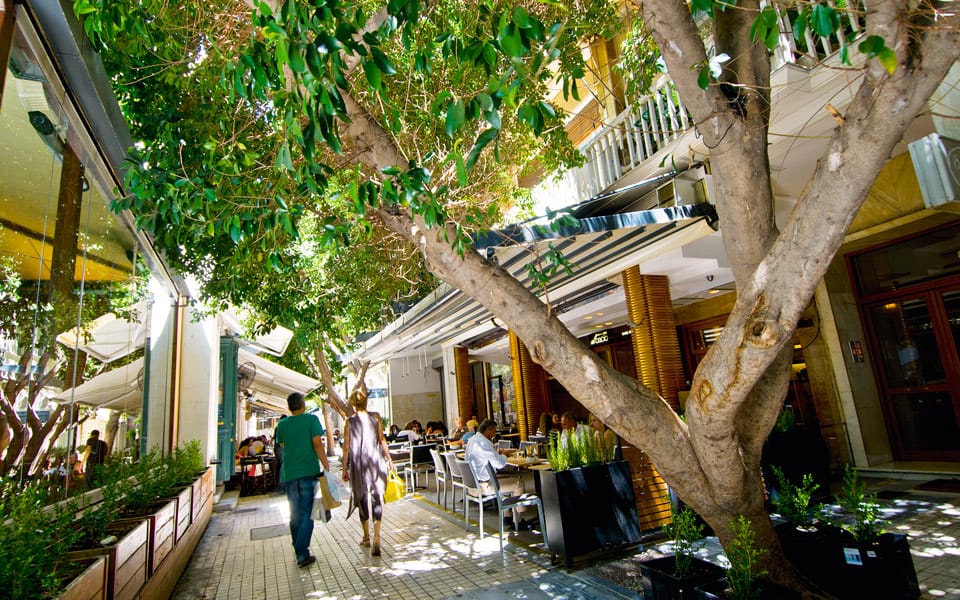 It should be noted that Kolonaki is the high-street residential arena located within the city of Athens and is a premier shopping destination .. 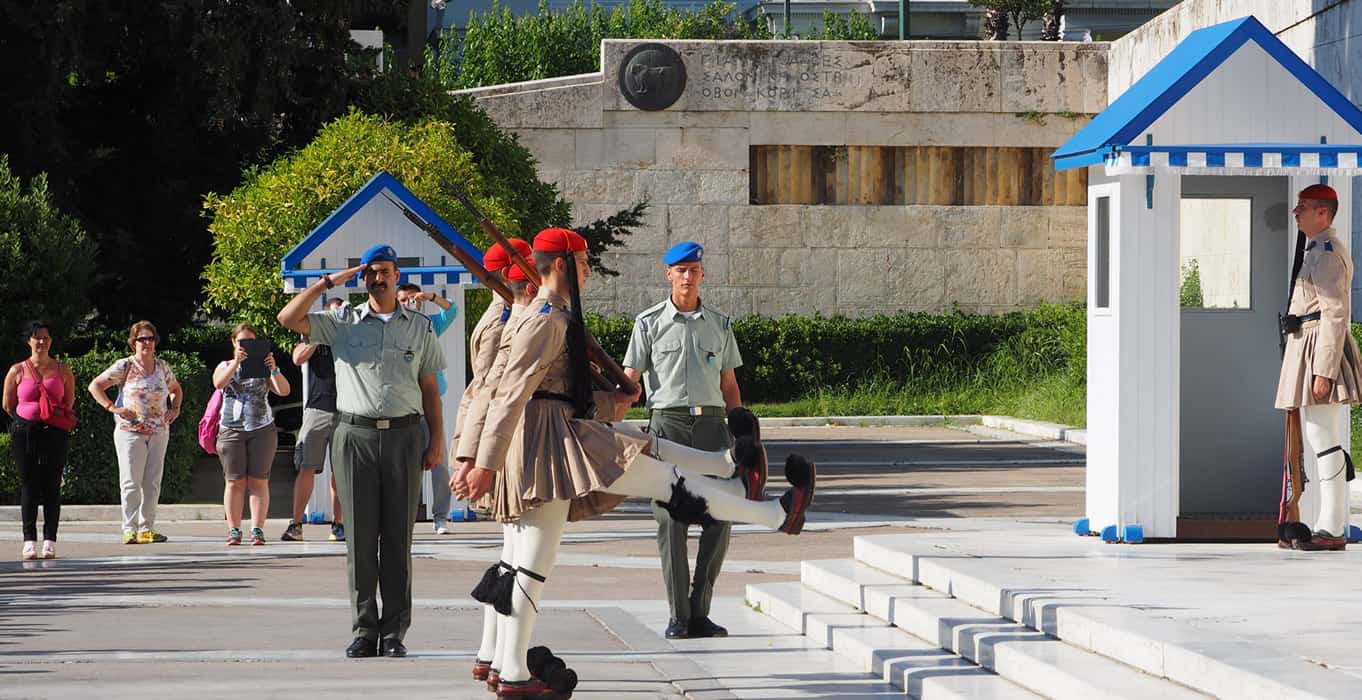 The most important square in Athens, Syntagma Square located in the heart of the city in front of the Greek Parliament… 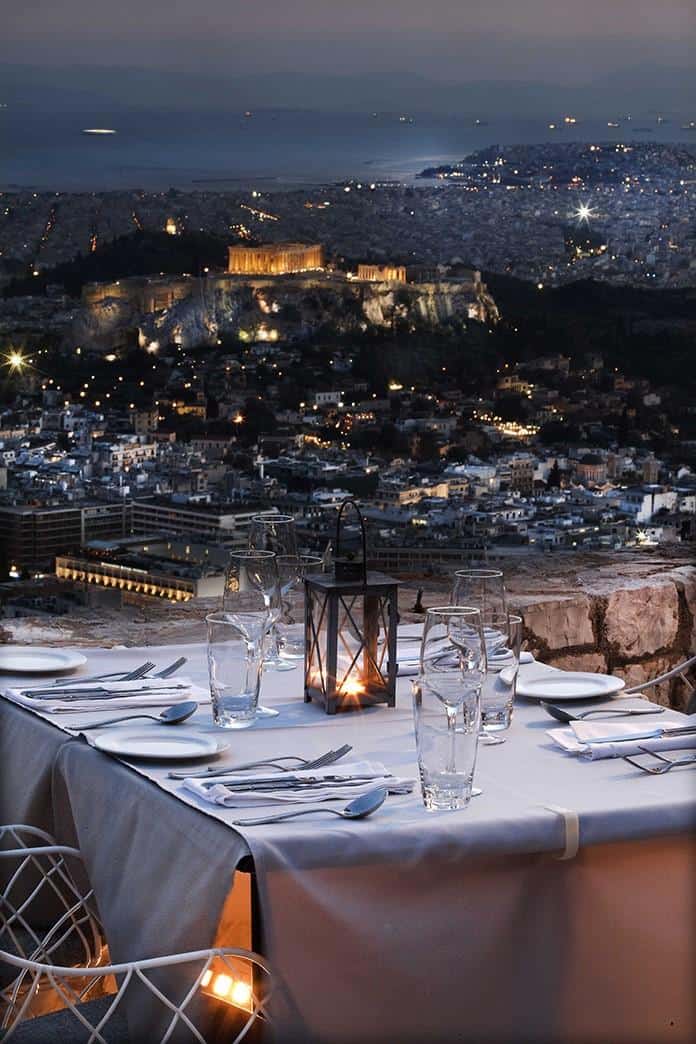 While you’re in Athens it’s highly recommended that you sample some of the local cuisine even if you don’t consider yourself an adventurous..